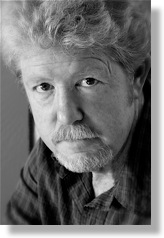 J. Patrick Altes has been a Florida State-licensed private investigator for over 35 years, and has been largely involved in the automobile recovery industry since 1973. He is considered one of the few International recovery specialists, and has supervised over 1,000 skiptracing and/or auto recovery accounts outside the United States, including Mexico, The Netherlands, Iceland, Italy, Australia, Korea, former Czech Republic, Panama, Guam, Samoa, Scotland, the Philippines, and elsewhere.

Over the years, his clients have included virtually all of America’s largest auto-lending creditors.

As a private investigator, he works for several national and international entities, as well as having provided significant investigative and research assistance for CBS TV’s “48 Hours” and the Huffington Post.

J. Patrick Altes is the owner of Falcon International, one of the nation’s oldest and most respected private investigation and asset recovery agencies. He also works with Time Finance Adjusters, one of the three major trade associations for the repossession industry.

Other:
Consulted with U.S. State Department, Washington D.C. in 1997 to help develop strategy for recovery of impounded vehicles from Republic of Mexico.

Developed strategy for recovery, remarketing and reshipment of US-military related POV’s associated with US SOUTHCOMM, Republic of Panama, 1996-2000.